This criminally overlooked track, featuring the sublime production of Timbaland, gets a fairly in-depth music video treatment for its genre...

Omarion "Ice Box"
dir. by ?
A giant clock spinning forward and the endless force of Newton's cradle on his desk remind Omarion of the unavoidable progression of time as he sits contemplating his broken heart. But when the camera angle switches we see the clock reflected in the glass table, and now it appears to be spinning backwards amidst a collage of images from the forest of his memory. It is a truly brilliant opening and one that holds grand promise, but unfortunately the video fails to deliver on the expectations set by this epic introduction.

What follows is typical Omarion (or Usher) posing - intricate choreography that almost always breaks into some sort of dance-off. While O looks adequately cool pulling some of these moves off, they add little to the thematic or emotional hook of the video. In fact the climactic ballet-like encounter with his inner fear actually takes away from the effect that scene could have had.

Nevertheless there is some deep introspection going on at times during this production, and they offer interesting perspectives on what makes "Ice Box" such a stellar song. First off, the topic of heartbreak in hip-hop or R&B is almost always discussed under the light of infidelity. This song is no exception with Timbaland (who now has a history of appearing in cars while singing guest verses) and O repeating "Don't wanna mess this up better keep your eye on me girl," but for the most part the singer focuses on his own trepidation in trying something new when he has been hurt so badly before. It's a far more complex topic than simply overcoming a cheating partner - a more general fear of relationships that can often result from such heartbreak. 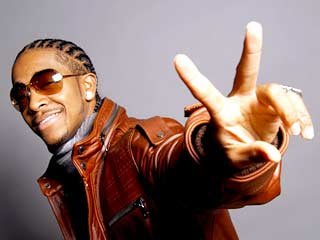 The video also settles in on the paranoid effects of going through such a loss. From hallucinatory encounters to wild dreams (not to mention strange dance numbers), Omarion seems to be going through some traumatic experiences (though once again some of those solo dance sequences contradict that feeling). What has resulted is a supposed cold demeanor towards a potential lover.

But the words and Omarion's emotions are far from cold but rather fragile and broken. He seems quite open about his feelings and reasons, and instead his frosty breathe seems to come from a frigid loneliness. His heart is filled with ice because he is without love and in pain. No matter how hard he tries he can't seem to move his thoughts forward, and seems stuck in one place - trapped in his "ice box."

That is until Timbaland opens a door for him. Perhaps the beat, the song itself has given Omarion a chance to exhume his demons. In the opening Omarion's heart is literally given new life by the music as he jumps out of his chair in reaction. And after all it is a gloriously expressive piece of music, one that hums and chimes with emotional weight. It's thus even more troubling that the video does little to add to this weight other than offer some pretty cinematography and highly controlled dance numbers. It could have been a contender.
at 12:10 AM