Obtusity Classics: The Avalanches "Since I Left You"

In this new feature we step into our time-machines to unearth some of our favorite music videos from the past...today it's two videos from one of the top albums of the decade...

The Avalanches "Since I Left You" (2001)
dir. by Rob Leggatt & Leigh Marling
When I first heard The Avalanches' monumental "Since I Left You," I felt it rush through my imagination just as it sparked revolution in my ears. It not only made we want to dance, but it inexplicably looked like dance in my mind. Then I saw this video and realized I wasn't the only one who felt their toes tap with every beat of this song. It is something of a small miracle that directors Rob Leggatt and Leigh Marling came up with a vision so strikingly original, and yet perfectly in tune with the mood of the track. Since my very first viewing I've been unable to separate the image of the dancing miner from the notes in the song, they have become indelibly linked in my imagination.

The directors do more than make a solid Flashdance-like dance video, they approximate the aura of the track, which is perhaps a more difficult and impressive feat. In the song the summery vibe of the flutes and shimmering synths are projected against a somewhat bittersweet tone in the lyrics and vocal delivery. With each subsequent repetition of the chorus we begin to wonder if the sampled singer has truly found a "world so new." The video takes the same mix of heartbreak and happiness but tells its own tale, something clearly inspired by but also independent of the music.

The two miners trapped underground with nothing but lighted-hardhats and a caged bird are suddenly awoken to beautiful music drifting down from above. The camera zooms in on them from afar, revealing the complete isolation of their situation - and yet still portraying a light among the pitch black of the surroundings. There's a cornucopia of imagery in that set-up, but the meaning is harder to get at. The song begins with "welcome to paradise" and when the miners break through to the surface there is an outpouring of light, so we might be inclined to assume this is a metaphorical journey to the heavens. Though it may very well be on one level a representation of a man's ascent to paradise, there is a deeper sense to the video as a whole. 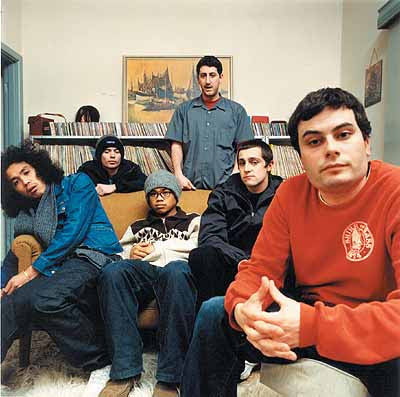 The key to the work is the birdcage, which symbolizes exactly what you think it does. It appears not only in the beginning (the bird chirps as the light appears above), but also at the very end in the surviving miner's home. The elderly man speaks of his fallen friend as one who is gone, but one who is necessarily happy as well. The video doesn't simply want to suggest that perhaps his counterpart ran off with the mysterious dancers and lived a beautiful life- but that in his actions he displayed something of a characteristic required in the pursuit of joy.

When the two dirty men emerge from the darkness to find two gorgeous women staring down at them, they are both transfixed by the absurdity and excitement of the moment. Yet only one of them chooses to let the light lead him out of his "cage" and into freedom. He begins rather roughly, tentatively moving to the beat in whatever style he can think of. But he quickly learns from his partners how to truly express himself through dance, and by the end he has perfected an elegant grace that is completely his own. The dance floor is softly flooded with sunlight and the judges seem rightfully impressed by his moves. His friend, on the other hand, has numerous opportunities to join in and even has a willing dance partner by his side, but can only muster the courage to meekly play tambourine.

The video depicts the surviving miner as a black and white mirage as he fades away, while the missing one is shown in shining colors above him. He may be dead, but the risk he took in expressing himself, if only for a moment, has at the very least given voice to his emotions. He has transfigured the norms of society and ascended somewhere truly inspiring, while his friend remains still trapped with his birdcage and tambourine decades later. It's something beyond carpe diem, and more than anything it's immersed in the hope of human spontaneity - the power of opening yourself to the possibilities of life.

The Avalanches "Frontier Psychiatrist" (2001)
dir. by Kuntz and Maguire
This equally transcendent video gleams the majority of it's strength from juxtaposing humorous and seemingly random images in one epic collage. Much like the song itself.

Well written, it completely sums up my opinion of the song (and the video). It still remains my favourite song to date and I was glad to read that! cheers!

Thanks Elkman, it's definitely one of my favorite songs as well.

I stumbled upon this song and video and have just been transfixed, watching it over and over again. I've been trying to dig up anything I can find on it, and came across your article. Thank you for articulating so well the bittersweet magic of this amazing vision.

I do like the article, but I think it misses the fundamental of the video;

Two miners are trapped because of a cave-in (birds in cages are used in mines to detect the level of oxygen, as the bird dies at lower levels then humans), as they are sitting in the dark, they start to hallucinate.

One of the miners choses to "go to the light", and therefor does not leave the cave-in alive.
His friend decieves this as climbing up in to a well-lit room where he dances beautifuly.

Althoguh he died, he was happy in the moment of death, and his friend is convinced he went to a better place. It truly is a beautiful take on death.

interpretation is fascinating......., this is how i saw it...both on verge of death, one chooses, second looks often wistful and on verge of joining also, angel by his side, ready to take him also, seeing the light yet chose living in the end.....the angels are there for them to lead...and there is a need is too prove to the the judges his dance of life to enter the kingdom....struggles at first and then becomes one with dance...one with hereafter...to have danced well in spite of some awkward moments and struggle.....to gain the approval of the judges (the supreme beings) in the end..........every time I watch, I see more....so much to interpret with the bird and song of paradise.......the acting, the dance, the tune are phenomenal!!!!!

Anyone know the name of the girls in the film clip?

I just discovered this amazing song and video last night. I was transfixed into the miners' afterlife, wishing how it was mine as well. Little did I know this video was over 10 years old. Being a fan of Modular (Presets, Cut Copy, etc.) I just clicked on their link out of chance... I have not been disappointed with any Modular act.

And then "Frontier" took things in an entirely new direction. What can't this band do?? Incredible work.

The girls are Asher Keddie and Christina﻿ Anu