Web of Disconnect: Boy in Static "Where It Ends"

Boy in Static "Where it Ends"
dir. by Yoshi Sodeoka/C505
If upon first glance this reminds you of your favorite video blog or least favorite fan-made YouTube production, you aren't too far off base. Director Yoshi Sodeoka uses the DIY aesthetic of mass-produced internet videos to compliment this tale of doomed and distant lovers, in the process commenting on the entire culture of computer romance. While his attempt fails to develop into something grand, it quietly delves into some very interesting areas.

Though there is only one actor in this entire video, the editing and cuts create a sense of at least two different characters. Sodeoka uses a style of film and close-ups that immediately imply a web cam or something of the sort. Thus when we see a man with glasses, eyes fixed upon something, we are ready to assume he might be looking at a computer. The next shot is the lower half of the same face, but it's facing the other direction, and thus the implication is made that this is a conversation. The transition between the two shots is a number of wavy colored lights that pass across the screen - which further suggests a "connection" of sorts. 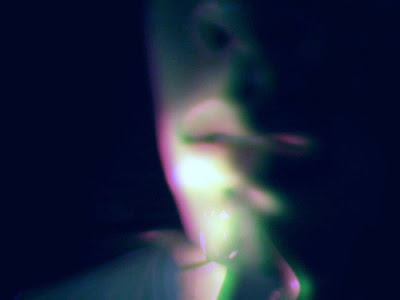 Among the opening lines the singer admits, "I don't believe we've met before," and begins his lament of the eventual end to all his relationships. In between his lines fingers pound away on a drum machine, which becomes a keyboard of sorts. The messages that pass between these characters are inaudible and unknown, but with the colored lights the director suggests an increasing connection, just as the music itself rises to the occasion.

The multiple shots of the singer splitting into two could also obviously describe an internal separation or conversation within himself. Furthermore the entire affair can be read as a metaphor for a lack of communication in an actual physical relationship. Regardless the centric lighting and darkness that forebodes on the edges of the screen suggests a real sense of isolation. Boy in Static's breathy delivery is emphasized by the extreme close-ups on his mouth, but he doesn't seem as if he's truly seducing anyone. Rather he is coming to terms with the truth of his loneliness. There is something inherently depressing about falling in love alone in front of a computer, and even more in falling out of it. 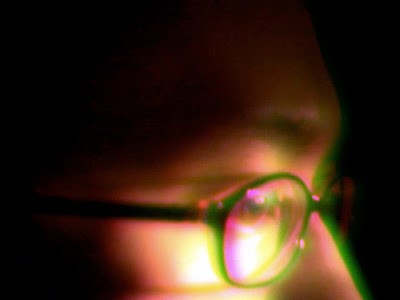 All of this is great, but in the end the video isn't very affecting or too remarkable. It's a nice extension of the homemade quality of the music (which is actually very catchy) but it runs out of steam and good ideas fairly quickly. And for all our talk of internet connections there is no overt moment of meaning, which wouldn't necessarily be a fault if the rest of the video had maintained a higher level of visually interesting progression. But as an introduction to Boy in Static's music and artistic vision, it works well enough.

As an added bonus, and since the song has really grown on us, here's the mp3 for "Where It Ends"
at 3:57 AM

thanks for the tip anonymous!