M.I.A. "Boyz"
dir. by Jay Will
Though it's hard to believe, M.I.A. has taken the visual themes of 2005's Arular (seen everywhere from the cover art to the video for "Galang") and created something even more gloriously epilepsy-inducing for sophomore LP Kala. The vibrant collage of neon colors and cheap special effects found in the promo for new single "Boyz" (as well as her fantastic website) is a homage to everything from 80's video games to the advertising and film culture of Nigeria, Southeast Asia and Jamaica. But it's also a completely singular vision, and one that is impossible to pin to any particular movement or region of the world.

Which, by no coincedence, mirrors the melting pot style of her brilliant music. M.I.A. (who studied fine art, film and video at London's Central Saint Martins College of Art and Design) aims to change the world with her message, but it's her intelligence and enthusiasm in pursuit of that goal which makes her so exciting. Earlier this year she ran amok on the streets of Sri Lanka in the politically-charged "Bird Flu," and here she manages to stuff every major dance craze in contemporary Jamaica into one hypnotic short video.

It would come as no surprise if M.I.A. films her next project in yet another new locale, showcasing the under-appreciated talents of even more people. She has no fear of expressing her own sexuality or desire for a good time (check out the recent non-album cut "Hit That"), but her greatest talent is the ability to code meaning into such fun music. Turns out boys are the same everywhere, which is good for free drinks and cross-cultural unity - but worrisome for global politics.

Check out the "Making of Boyz" here, and more set photos here. 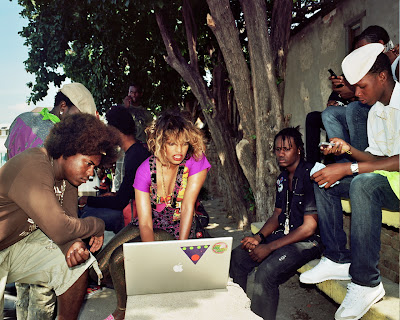 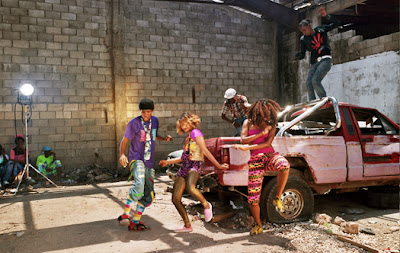