Recognizing Your Saints: The Concretes "Kids"

Director Dito Montiel's feature debut serves as an ideal base for discussing the Concretes video for "Kids," from their upcoming third album Hey Trouble...

A Guide to Recognizing Your Saints is a brilliant film recently released on DVD starring Robert Downey Jr. and Shia LaBeouf and directed autobiographically by newcomer Dito Montiel (who also wrote the screenplay and a novel of the same name). It details Dito's struggle to come to terms with his harrowing New York childhood in a style that will easily remind you of Mean Streets, Do the Right Thing and countless other stories about the funny, tough and ultimately scary process of growing up in rough American neighborhoods (or any place for that matter).

Like those other films (stick Saturday Night Fever in there as well), the film is as much about nostalgia itself, as it is about the actual events recalled. In this respect Montiel is especially adept, as he represents his inner thoughts and recollections through a variety of creative voices and images. Revisiting his long abandoned past is not an entirely fulfilling process, things have changed after all, but one does sense he feels a rush of emotion nonetheless - something close to an echo of his adolescent dreams.

That echo, though, is not a dull metallic note but a rapturous collage of music and color. From the Puerto Ricans who love Journey to the Black Flag-inspired band Dito nearly starts, there is an undeniable connection between memory and music in the film. The video for The Concretes "Kids" delves into similar territory, and even if the stories aren't quite as shocking, they still compellingly reflect the influence of music on our personal histories. 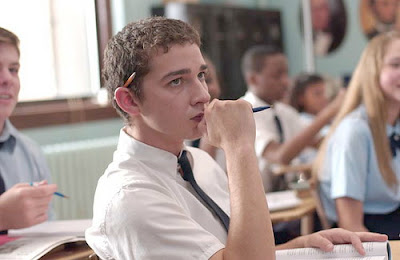 In this sense music isn't just a background element of a scene, but the actual conductor in the construction of a thought. Lead singer Lisa Milberg recalls rainy days where she and her friend stayed in and listened to records all afternoon, or passed their time cutting and pasting together construction paper art. Then later, as the song nears its climax, the screen is filled with paper raindrops. The piano notes of the music are literally connected to these specific memories.

Yet Milberg isn't actually nostalgic for those old records, all of which she can probably still listen to whenever she wants. It's the time period and the small events of those days which she misses so much. In particular it is the friendship she had with this girl that the songs represents for her. She sings, "music just sounds better with you," and highlights how inseparable certain feelings and thoughts are from certain tunes. She reaches back to those times by reliving the song, and within those notes she finds fragmented projections of her youthful happiness. Music helps her recall the importance of those feelings, even if she was just a "kid" at the time.

The video begins with a paragraph on childhood and the moment when "everything changed." One wonders how much collective human thought has actually been altered by the influence of music, or more specifically record players, boomboxes, walkmen, videos and iPods. Is it easier to "remember," now that we always have an accompanying soundtrack? Even without those devices some of our heads are constantly humming and buzzing with our favorite melodies; how much can a song impact the way we actually experience a moment, both at the time and in retrospect? 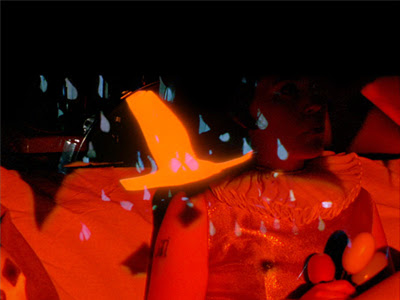 These questions are especially interesting in the context of music videos. Any video fiend or film buff knows the relation between image and sound is a truly beautiful and mysterious thing. Over time our memories can often actually become, as Milberg desires, "just a chorus." Things meld together into one blurry mess of lost feelings and ideas; the chorus has little power without the accompanying verses. But when we actually sit down and listen to a song from our past, we can't help but be flooded with images that remind us of why these times were important to us in the first place. Our memories and dreams literally become music videos.

But there is something even more essential about this connection between visuals and sound. While on the plane ride back home, Dito Montiel puts his headphones on and stares at a young child a few seats ahead of him. He had previously written a book about his time in New York, but the songs are his gateway to actually seeing his childhood. We need to not only remember our past, but be able to visualize it - to relive it. If only so we might never forget what hope looks like.

Trailer: A Guide to Recognizing Your Saints

CORRECTION: We had incorrectly referred to Victoria Bergsman as the lead singer in the original post. Bergsman has in fact left the band and Lisa Milberg, a founding member of the group, is the true lead singer. We apologize to The Concretes for being so sloppy.
at 8:10 AM