The Riot is Yet to Come: Kaiser Chiefs "Angry Mob" 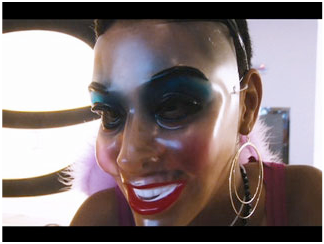 Kaiser Chiefs "Angry Mob"
dir. by W.I.Z.
[via antville]
The name of the restaurant - Noblesse - is engraved in the window that separates the outcast women from the diners who excised them. The French word means what it looks like, but is perhaps more widely know as in the phrase "Noblesse oblige" - a concept which implies that those with wealth or prestige have a heightened social accountability. Or to quote Spiderman, "with great power comes great responsibility."

Director W.I.Z. has previously tackled issues of class and discrimination, but here his commentary is laced with a hint of modern political allegory. The privileged patrons of the glossy establishment observe the members of the bachelorette-party with condescending smirks and glances. Eventually they set the two groups of rowdy drunk women against each other, observing the ensuing brawl with glee - simultaneously sharing knowing looks (as if to say "I told you they were uncivilized") while quietly relishing in the spectacle of the physical altercation. The lower "class" fights amongst itself while the upper, protected by the institutions of society, stands back and watches with a sense of moral superiority - a pattern which could apply to a certain war in the Middle East, or recent riots on the streets of Paris.

Yet it's the restaurant itself which got half these ladies drunk in the first place. And while they may pretend to be above the crowd, the seated folks have the same human desires and emotions as the skirt-lifting women they shun. While one group expresses their sexuality with blow-up sex toys and racy lingerie, the other resorts to secretive touching under the table. The wine-n-dine crew resent the scantily-clad and loud women across the restaurant precisely because they expose the suppressiveness of their own stuffy mentality. They stand in the window and relish the altercation out there because it releases all the emotion they hold back in the name of everything that is "proper."

It's only a matter of time before the mob realize they are being used. And when that happens they will do as they've been trained to do: express their anger through base violence. Sadly only in these moments when the fear comes home do the wealthy and powerful truly understand their social obligations - and hopefully the ersatz nature of "nobility."
at 7:52 AM

Great opinion and interpretation. Still you could also talk about the lyrics.
Cheers.